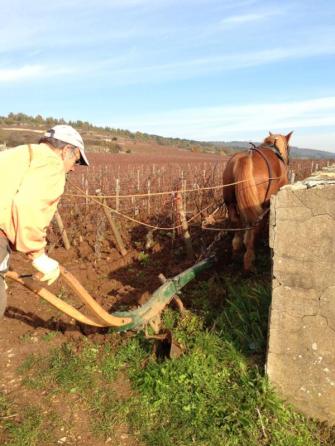 The 2019s from @moreau_naudet have everything. Concentrated fruit and bracing acidity. A vintage to provide lots of charm young yet so balanced for aging. Many will be drank in their youth but with age they will be stunning. Pleased to have them in stock now albeit in super low quantities. Frankly we were very shocked when we received the allocation!
First 2020 Bojo to arrive… the serious, classic wines of the reclusive Daniel Bouland. A charming, fruity Cote de Brouilly to a mineral-driven sandy terroir Corcelette VV Sable and lastly the legendary 1926 vines from Les Delys. These are Bojos which has incredible aging potential. We are honoured to have his wines here!
Linear, crisp and saline. That’s the 2019 Un Matin Face Au Lac from @lesvignesdeparadis. Love the name, the lake referring to Lake Geneva or Lac Leman in French. 100% organic and biodynamic Chasselas. Could be a tad sharp if drank by itself but perfect when matched with cheese. Just keeps the tongue salivating. 🤤
2019 Remus from @jeanphilippeblot is showing incredible precision and potential. Drank over the meal with the superb food at @casarestaurant.sg. So versatile that it matches ALL the courses (except dessert of course). Tight at the beginning but gradually unfolded to show hints of honey, white flowers and a taut, precise and utterly linear palate. Simply mouthwatering. Remus is the entry level cuvee and already punches way above its level! #chenincheninchenin
2019 Las Suertes from @suertesdelmarques. Redolent of volcanic ash on the nose and then dried petals and sour cherries. Palate was pure and unblemished, gentle and low alcohol. A little smoke which adds complexity. > 100 year old high altitude vines from El Ciruelo vineyard in Tenerife, Canary Isles. Gorgeous wine!
Wow… first time trying this cuvee. Second vintage in 2010 from a blend of three vineyards. Whole bunch nose, quintessential DRC. As with many 2010s it was light/medium weight. However no spice notes, so blinded I was confused about which cuvee it was. And when it was revealed everything made sense. Probably not my favorite cuvee in the range (heard newer vintages are getting better), but one ticked off the list.
Loading Comments...